Cell Therapy, also known as Regenerative Therapy, is a promising technique for the growth and repair of damaged or dying cells and tissues. It has created innovations in the healthcare market ranging from stem cell therapy to cell regeneration supplements. 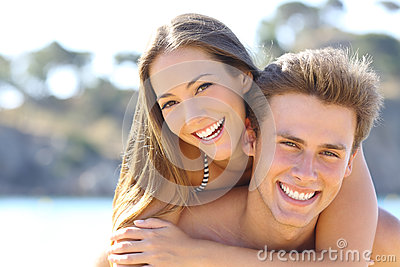 Hormonal dysfunction, neurodegenerative diseases, cardiovascular problems, as well as complications in the eyes, skeletal muscle, skin, joints, bones, and many more, are all examples of the variety of health issues which Cell Therapy can target. Cell Therapy isn’t a miracle cure that will produce a brand-new organ for you, its purpose is to mend the targeted tissues or organs and restore their function.

According to the American Society of Gene & Cell Therapy, “Cell therapy is defined as the administration of live whole cells or maturation of a specific cell population in a patient for the treatment of a disease.” Blood transfusions and bone marrow transports are two of the most well-known cell therapies. These treatments have become so commonplace that people fail to realize their significance. Their benefits are numerous, but their limitations and accompanying complications are also well documented, from difficulties in finding donors who match, to the recipient patient’s body rejecting the donated cells.

Cell and Regenerative Therapy shows the promise to improve the lives and well-being of the entire world’s population; though what normally springs to mind when these terms are heard is not the curing of diseases and medical conditions, but the slowing or reversal of aging.

Aging is the process of growing old. It usually involves the gradual deterioration of cells. As time goes by, the skin cells age and die. While that is happening, the human body loses the ability to replace its dead and dying cells. This culminates in the body showing blemishes, scars, spots, and wrinkles. It isn’t just about the outward appearance though. The entire human body is made up of cells, and if the skin cells show signs of aging, then you can be sure that the cells and tissues in your internal organs are displaying the effects as well.

The Fountain of Youth

In our previous blog, Beautiful Skin and Natural Ways to Maintain It, we mentioned humanity’s quest for the fountain of youth.

“The quest for beauty and youth is endless. People have been searching for the fountain of youth, or for secrets that can help them remain forever young and beautiful skin, ever since the dawn of time.”

The growth and repair of damaged dying cells and tissues is an area of extreme interest for medical and supplemental companies the world over. The problem is, most human tissues do no regenerate on their own. Cell therapy, which usually involves collecting cells from a patient or a donor and introducing them into the patient’s body, is invasive and tends to contain some danger as well. If this isn’t something you want to risk, then Celergen is definitely what you’ve been searching for.

You have 1 product in your cart